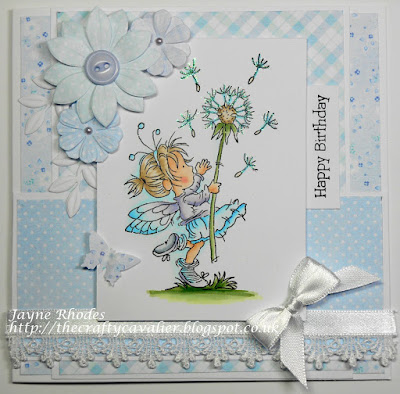 My mojo has completely deserted me this week. I've been tired and stressed but am feeling much cheerier today as I got some blood test results back and thankfully it was good news :-) I feel like it's been hanging over me for 3 months and now I'm free!!

So today I've gone with LOTV Time Flies and NitWit Collections Snow Princess papers - oooh my favourite! Have you seen that LOTV have brought back some old faves ? :-) 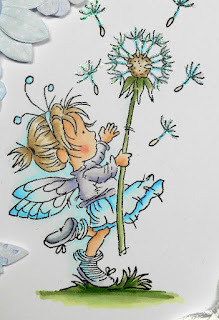 I think I need sleep and rest! Hope you have a fabulous weekend and thank you so much for dropping by. Hugs, Jayne x

Posted by thecraftycavalier at 18:36 9 comments:

I just love this little stamp ;-)  More James please LOTV!! I've teamed him up with papers from the Craftwork Cards 'More than Words' collection (have I mentioned how much I love that one!!) 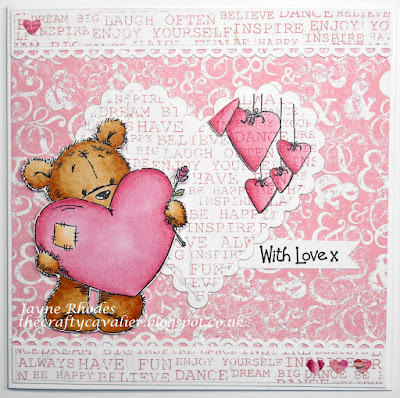 I decorated a box for him too. 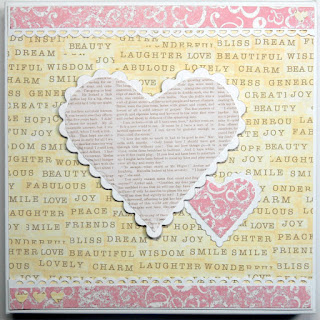 Hope you're having a fabulous week. Hugs, Jayne x
Posted by thecraftycavalier at 14:06 11 comments: 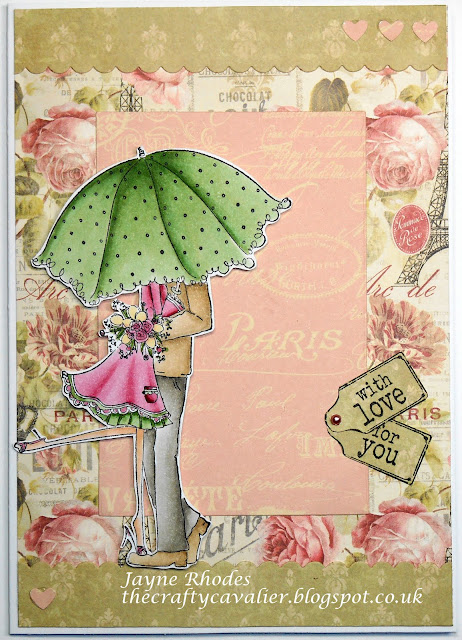 I have no idea where I was going with this card but it's a minor miracle I did anything at all so that's my excuse!!

I do, however, love these papers which are possibly called Sweet Paris from Dovecraft.

So, my older daughter came running to tell me that she'd taught her younger sister something. Hmmm. There are many many many wonderful things an eight year old could teach a two year old but, by the look of joy on her face, this was not one of those wonderful things. " I taught her to say BUTT CHEEKS". Well the younger one thought this was so hilarious that she laughed until she was nearly sick. I'm sure they'll just love that at pre-school!!!

Posted by thecraftycavalier at 19:41 6 comments: 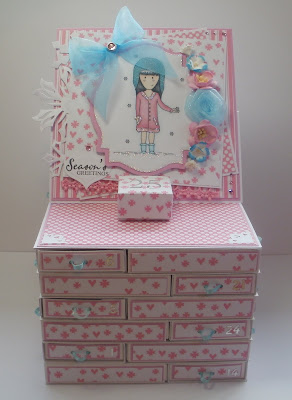 Thrilled to be part of the team :-) 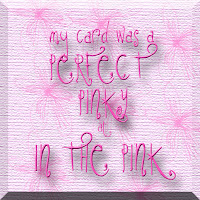 Thrilled to be Top 3 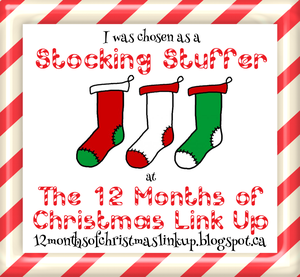 thecraftycavalier
Hi, my name is Jayne. I'm married and have two very lively little girls.. Papercrafting preserves my sanity (only just) and keeps me out of mischief (mostly). I love stamping and have an unhealthy addiction to beautiful patterned papers.